Why we still cannot be convinced that Haruma committed suicide (なぜ私たちは未だに彼の自殺が腑に落ちないのか）

There is enough information here about what happened around Haruma Miura’s death. Which is why fans want justice
JUSTICE FOR HARUMA

There’s no suicidal note… nothing!!!!!! And his body ( according to a nurse who had seen his body) said it had lots of bruises … which was cremated the next day without a proper autopsy! ? (how could an autopsy being completed within 12 hours… the body then moved to his home town, and cremated which was amazingly efficient! Why? Why the rush?)
His mom was not even present at the Funeral !!!!

( Why would they destroy the body so quickly? Is it because they want to destroy the evidence that could prove he didn’t commit suicide but was murdered?)

Yes, Haruma had jotted down some sad and sentimental phases in his journal but it didn’t mean he had the inclination to commit suicide!

Haruma loved reading about philosophy thoughts….he was filled with deep sensitive feelings towards life and people… he had a quest for the true meanings of life and culture which could be seen from his devotion in his Japan travel book he published this year!

In fact, Haruma still had a lot of projects in the coming year (2021)! He was in the middle of shooting the TV drama show “love come at the end of money” … He was managing his own new drama play ‘Illusionist’ and would be on a tour commencing late 2020-2021. He was still very much engaged in his acting life.

He didn’t renew his contract with Amuse … the day he was murdered was the last day of his contract! Haruma worried that the copyright of Kinki boots would be lost!!!

He refused to sign any contract with Amuse and wanted his own freedom back and made all his decisions from now on!

It was revealed that he had started to plan to leave the company two years ago… after his former manager was also claimed to have committed suicide several years ago (he jumped off a building or being thrown off the building?) Both Haruma and his former manager questioned how Amuse handed the funding raised from that AAA concert held annually!

Haruma worked very hard and had wanted to learn and achieved more as a man! he had grown lots of passions in his career being an actor as well!!!!
In the last few months of his life… he expressed concern about his own personal safety to his close friend that he felt unsafe and suspected he was followed and taped!

Please Haruma was a very Inspirational and hard-working person… he had lots of perseverance in overcoming any hardship! He planned to expand his talents after regaining his freedom by not renewing his contract with AMuse and started his company! He wanted to take control of his life!

Therefore, why would he commit suicide the day he was free from any contract and actually could have started a new leaf in his life? it doesn’t make sense, does it?!

Amuse tried to smear Haruma’s image and reputation by saying he was depressed to cover up how they brutally murdered Haruma!! That’s why many fans like me were Serious and Furious about what had happened to Haruma… lots of the things said here were revealed in Japanese and wasn’t translated into English… we do respect Haruma!!!! but if his precious life was deprived like this… we want justice for him and to clear his name of him being committed Suicide!

Sorry if I have offended anyone… these are what people have reviewed or exposed ever since Haruma’s passing !!! we are all very desperate and feel so Furious why this had to happen to Haruma… a talented and Gorgeous person!

we love Haruma and miss him dearly… wish all this could be a nightmare which we could wake up tomorrow…and we had our Haruma back!!!!
God bless Haruma and the truth be revealed soon!
Could we have our Haruma back? 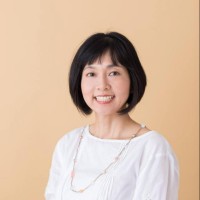